70 years ago, courageous paratroopers were waiting to start Operation Market Garden in the Netherlands. Aim of the plan was to secure bridges over the Dutch rivers Maas, Waal and Rhine to free the Northern part of the Netherlands from the German occupier and force an entry into Germany over the Lower Rhine. More that 34,000 English, American and Polish soldiers landed by glider or parachute. The Operation lasted from 17-26 September 1944 and ended in failure. At times Market Garden was hindered by bad weather and low visibility and the German enemy troops defended fiercely. After the successful Battle of Nijmegen, the Allies did not manage to take the last bridge in Arnhem. From the soldiers involved in Market Garden 18,000 lost their live at the battlefield.

70th Commemoration
Market Garden is commemorated every year with a large-scale para dropping over the Ginkelse Heide near the Dutch town of Ede. On 20th September 2014, no less than ten C-130 Hercules, three German C-160 Transall and three Polish CASA C-295 airplanes were gathered at Eindhoven Airbase to drop the hundreds of international paratroopers at varous locations. Special guests were two C-130’s from the Georgia Air National Guard at Savannah Air National Guard Base and two from the Kentucky Air National Guard at Louisville ANGB. One of the veterans that came into action during Operation Market Garden, Private Mario Patruno, was invited to watch the dropping live from the cockpit of a C-130.

Bad weather all over again
While more than 60,000 spectators gathered around the dropping zone, the heavy fog kept the airplanes grounded for most of the day. The first wave of droppings was scheduled to leave Eindhoven Airbase at 10.00 AM, but the fog and thunderstorms delayed the takeoffs until 14.00 PM. Unfortunately the second wave was cancelled due to upcoming new thunderstorms over the Ginkelse Heide.

Our story about the 70th Commemoration Operation Market Garden was published in the December 2014 issue of Full Stop Magazine. 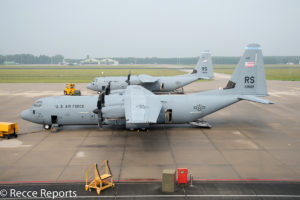 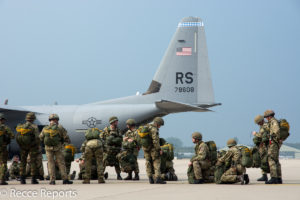 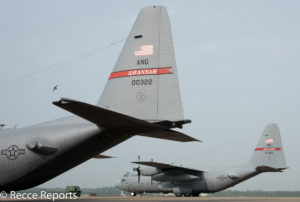 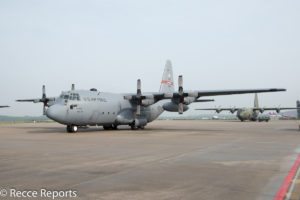 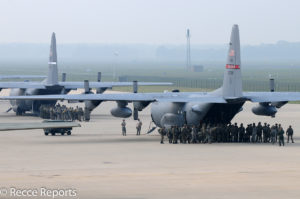 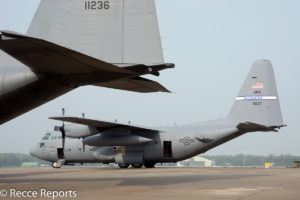 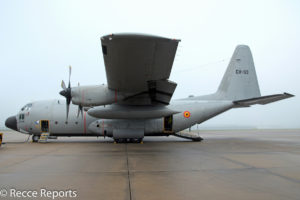 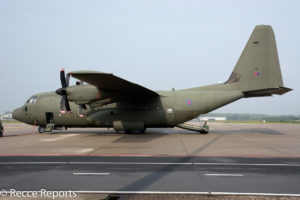 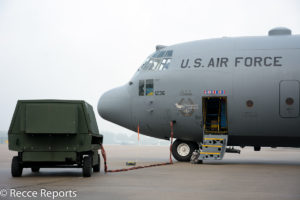 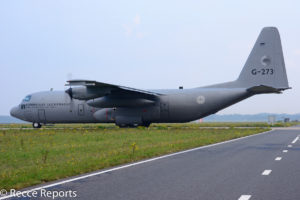 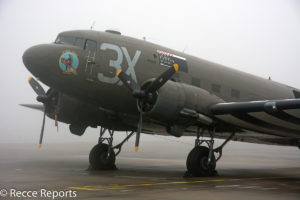 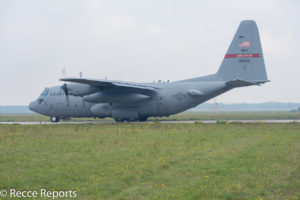 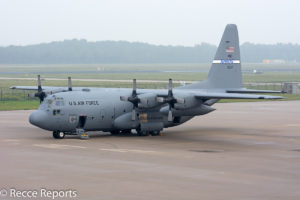 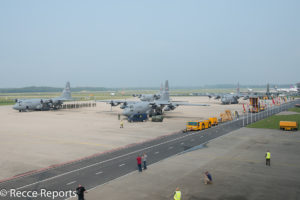 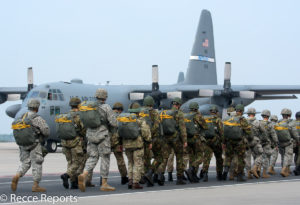 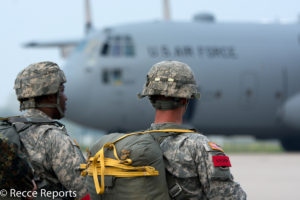 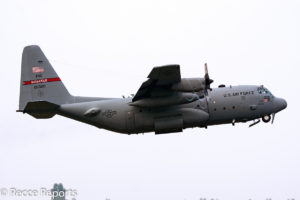 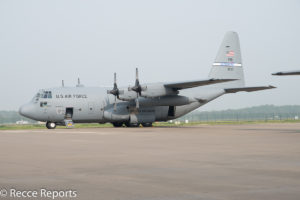 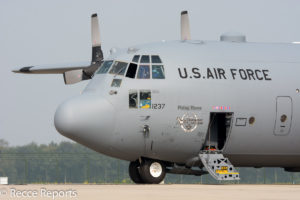 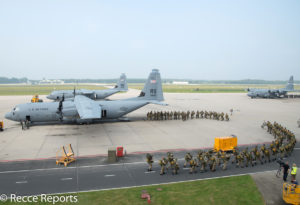 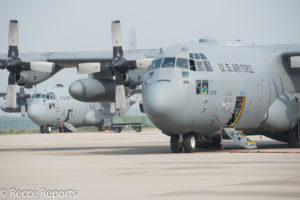 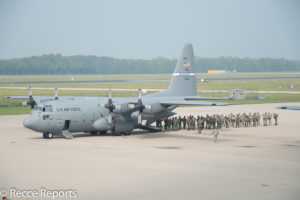 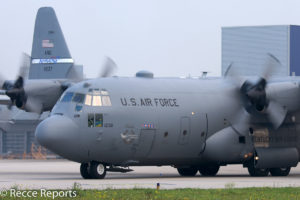